Maori Women on the Homefront

These stories explore Maori women's experiences of this time, both the political and everyday realities. 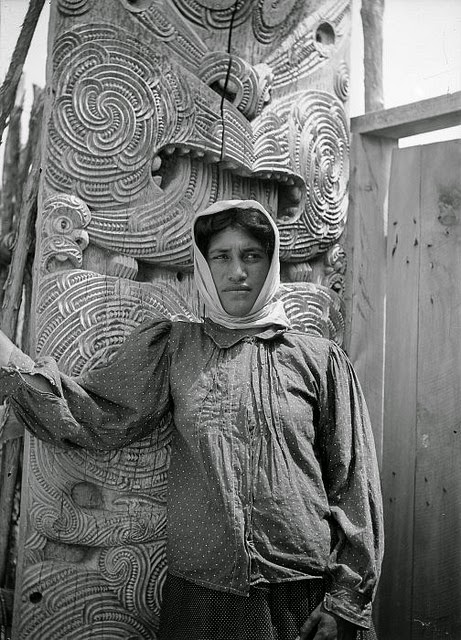 My name is Te Puea Herangi.
I was born at Whatiwhatihoe in the Waikato, I am the granddaughter of the second Màori king Tawhiao, which comes with huge responsibility. I am educated in Maori beliefs, values, and strongly believe in all my cultural principles.

When I heard the news that war had started, I was worried how this would affect our tribe. Automatically I knew this meant my grandfather would soon depart. My Koro is the glue to our tribe; he keeps our people at peace. All that is going through my head at this point is, who will take his place?

After his departure I began involving myself in the political world and felt I was the right person to inherit and continue his role. To establish a role similar in status to that of the monarch of the British colonists, I became a member of the Kingitanga movement, which helped develop my leadership skills.

Not long after this event, I began farming at Mangatawhiri and opposed the introduction of the Conscription Act in 1917, and opened a farm as a refuge for those who chose not to enlist. This is where I emerged as a leader amongst my community. It is the words of my grandfather that influenced my decision to do so.

“Listen, listen, the sky above, the earth below, and all the people assembled here. The killing of men must stop; the destruction of land must stop. I shall bury my patu in the earth and it shall not rise again ... Waikato, lie down. Do not allow blood to flow from this time on” (“Te Puea Herangi”, 2013. Para 3.)

Because I had gone against the Conscription Act in 1917, the Government compounded Tainui feelings of injustice by responding with a general order for Maori conscription that applied only to the King Country Maniapoto district, “Boy was I mad”.

The introduction of the policy put a huge toll on me mentally; at this point I am extremely angry at what the government has done. However, I know I have to accept this demand; my Grandfather would also want me to be strong for our tribe. “Now the pressure is definitely on”.

After many sleepless nights I have finally come to terms with this policy and began persuading other women in the tribe to do the same. Soon after we started participating in fundraising events led by the Pakeha. “Yes were working together with the enemy”. Never in a million years would I have thought Maori and Pakeha would join together as one, in a peaceful manner. 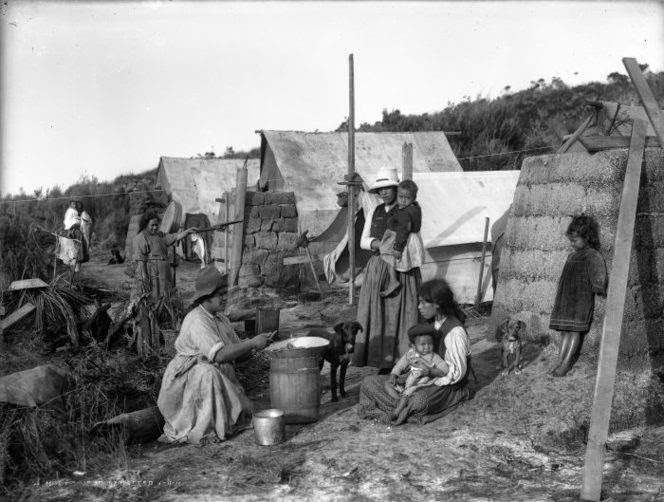 A story from a child's perspective
Before the Great War it was my father who gathered and hunted food for our family; he was the breadwinner of our family. We lived in a small isolated rural settlement in the Far North and survived only on subsistence agriculture, casual and seasonal work.

My mother spent most of her time cooking, doing the washing, cleaning, and caring for us children; she also milked cows, raised our chickens, sold eggs, and grew food for our family and for sale.

Once war broke out and my father left for battle, I saw a massive change in my mother emotionally and physically. Not only was she forced to raise our family on her own, she also had to take on all of my father's responsibilities.

I remember at the time her and other women from our village working tirelessly, gathering and preparing seafood and non-perishable foods to send overseas for our solders. My mother would use the dehydration method to preserve traditional sea food such as karengo (seaweed), pipi, pupu, shark, crayfish tails, kumara and karaka berries and other foods which she preserved in pork fat, sealed in tins and sent away.

In our village there were meetings held in the Marae once a week; these meeting were usually fun and happy. However, once the war broke out they became a battlefield. People were angry with our men joining the War, my mother especially.

One day I heard crying in the village, so I went outside to have a look and saw all my Aunties with their bags packed; it was as if they were leaving our home for good. I asked my mother what they were doing. She said they were moving into the city to take up work.