Australian Women on the Home Front

Australia was an enthusiastic supporter of the British Empire during the First World War. With a large male population being dispatched off shore to battle, the women left behind carried their fight on to show support from the home front. Their lives are not exactly the same as it used to be... or will be again. 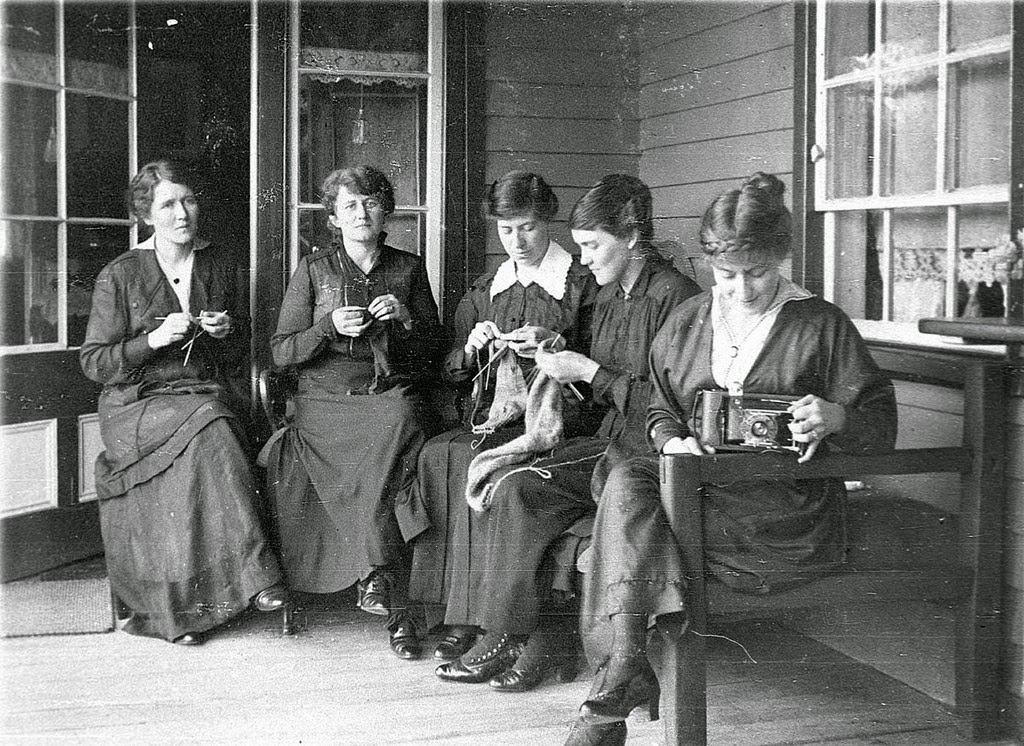 The Photographer
I take this photograph today with pride of these lovely patriotic Australian girls, showing their full support for our soldiers off shore battling in the War. It has been tough for these ladies, many of whom have had to let go of their sons and spouses, and all of them have somehow been affected by the war. Women have had to manage their house and families by themselves, taking care of their children and working domestic labour.

Quite a few more women workers can be seen nowadays. Some have even taken up jobs of grown men, though very scarce, the union seems to be scared that these ladies would lower the wages for when the soldiers return.

Though denied to take an active part in the war other than specially selected servicewomen and nurses, acts like knitting clothes for the soldiers off shore in need of warmth and comfort,  more than ever before, defines true patriotism for the Australian lady.

There’s always a demand for comfort package supplies to be sent off shore, the soldiers need things such as tobacco, family letters and portraits, and most of all, clothing. It seems that there’s always a demand for socks as I hear socks often get ruined in a single day, and the trenches are so cold, wet and full of mud that drying or cleaning a pair of socks is quite the impossible task.

When not taking care of the home or working womanly jobs, there is not a time where I do not see these women knitting away at something or other. The clicking of needles and manipulating of dark wool by groups of women is such a common site now but one day will be considered out of the ordinary. 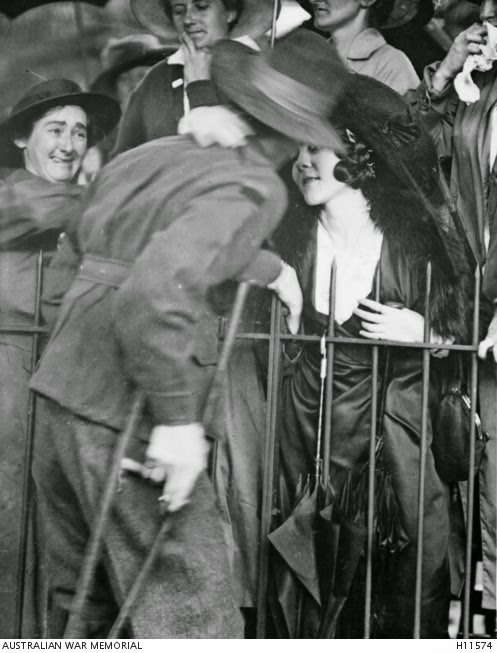 Returning Home
Oh how great it is to see him again, with so many other women receiving those sad letters telling them of their husband's death, I consider myself ever so lucky even if my man’s back is injured. How I have waited for this day!

Never would I have thought the war would drag on for as long as it did. Unlike the support I showed when the war initially broke out, my will wavered and I had become weary after the first year was through. The only news you would ever hear was of casualties or my families and friends losing their sons and husbands in some tragic accident.

The reality of war struck when our boys were defeated in Gallipoli, ever since then we all had been tired with the war and pain stricken. It pained my heart to receive letters from my husband describing the horrible things he saw and the environment he was in. And his talk of homesickness, his wish to return back home to me only gave me more pain as I could not help him.

With no signs of the war ending and less enthusiasm being shown on the home front, many women I know refused to let their sons or husbands participate in the war. And I would have too if I knew any better, but we were so drunk with the pride of Australia entering a great war that none of us knew better. But now my husband is back, as battered as he is, at least I am not one of the widowed. The real struggle begins now as we both have to take care of our family. I hardly believe any place will employ my husband with the state he is in, and I have heard the government pension for soldiers is very little, which is injustice for the very men who gave up their lives for the safety of its people.

My husband has also changed now, so have many other men. Compared to before the war, the way my husband talks, looks, the way he thinks has changed. He seems to blankly stare at spaces a lot, and at night he has much trouble sleeping. Other men have it worse, they are too mentally ill to fit back into society; some have confined themselves into their homes and never leave. How the war has changed us all, but for now I will cherish this moment and we shall work through the oncoming hardships together.